How beautiful on the mountains, are the feet of one who brings good news,
who heralds peace, brings happiness, proclaims salvation
and tells Zion: ‘Your God is king!’
- Is 52:7 -

Authority in the Congregation is essentially spiritual.
It comes from Christ through the mediation of the Church and is exercised in his name:
it must always manifest love. 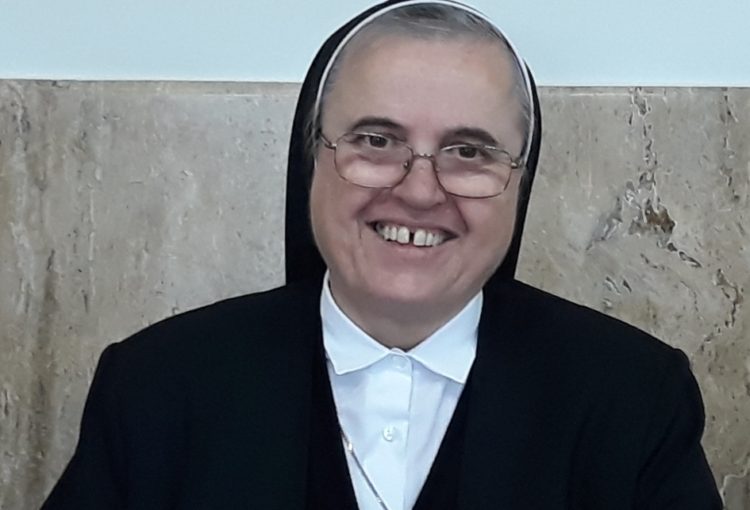 We are happy to be at the service of each Sister, of each Province, Region, and Mission of the Presentation of Mary. We seek to always be attentive to what the Spirit wants for us today. I have the pleasure of presenting to you the councilors who, during the next six years, will form the new General Council. 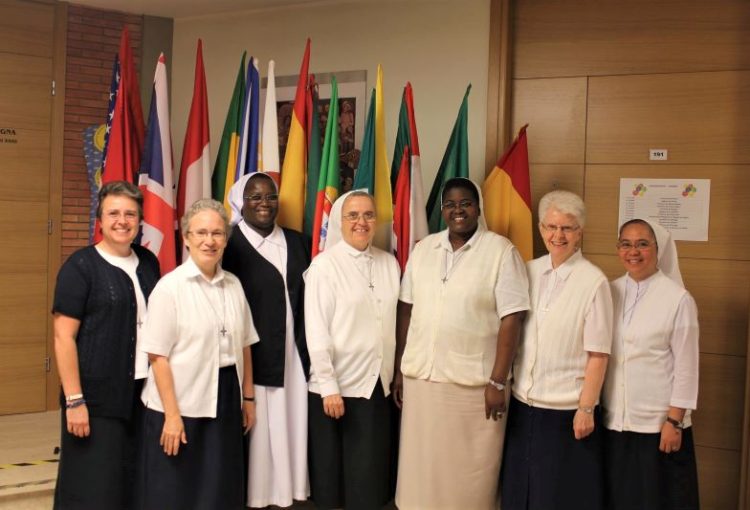 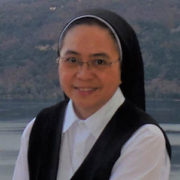 Sister Charito Gorgonio of the Philippine Province was born in Davao on September 18th, 1964. She made her first profession on May 1, 1988. She earned an MA in Religious Education to enhance her mission as PM educator. In Ireland she worked in ministry to the youth and joined the PM European Vocation Ministry gatherings. On her return in 2002, she served the various needs of her Province especially in Formation and in the Provincial Administration until her election as General Councillor in 2011. In the General Chapter of 2017 she was re-elected for a second term and elected General Assistant.

She likes creative art and flower arranging, handicrafts and cooking. The greatest joy in her service is to know the Sisters in our Congregation, the diversity of their ministries and cultural realities that enrich the Spiritual Family of Marie Rivier. The prayerful atmosphere of the Casa often stirs a prayer in her heart that nourishes her soul: Lord, You know everything. You know that I love you. (Jn 21:17) 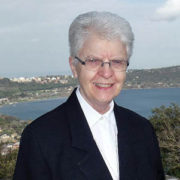 Sister Louise Benoît was born on February 11, 1945 in Drummondville, Province of Quebec, Canada. She studied with the Sisters of the Presentation of Marie, and it is thus that, from her childhood, she came to know and love them. After her profession on July 3, 1966, she continued her studies and taught at the secondary level in our institutions for twenty-one years. She has served as pastoral animator and head of student residences. She has been provincial Councillor and secretary as well as an animator for the Marie Rivier Association.

She loves to renew herself by reading the works of Zundel. She is simple, joyful, responsible and serviceable. She loves films, detective novels, puzzles, card games, and walking. A word that accompanies her and nourishes her hope is: I am with you all the days until the end of time (Mt 28, 20). 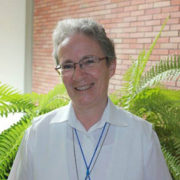 Sister Claudette Casavant comes from the Province of Prince Albert, Canada. She was born on December 15, 1950. Her vocation to the Presentation of Mary was marked by the joyful witness of the Sisters who taught in her little village of Vawn. On August 14, 1971, she made her first profession and still today, she wants to continue to live this YES with enthusiasm and fervor. Over the years, she has received a professional formation in education, religious formation, and formation in spiritual accompaniment. She has lived rich experiences as local superior, provincial Councillor, teacher, formator, spiritual director, and administrator of a parish. Sr. Claudette is not a stranger to us, given that she has already served two mandates as General Councillor. Her greatest joy, through all these year, is to have known the Congregation from within, through visits, sessions, and international encounters, as well has by her involvement in the renewal of our young Sisters at Castel. The Word of God that has always nourished and sustained her is found in the Book of the prophet Isaiah: Fear not, I am with you! You are precious in my eyes, and I love you! (Is 43). 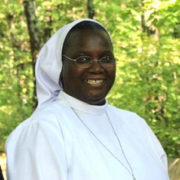 Sister Ginette Badiane was born in 1961 in Dakar. In October 1983, she became a postulant. She made her first profession in The Gambia on September 7, 1986. After her formation in education, she began a brief career as teacher in Bignona, then in Affiniam. On July 11, 1992, she made her perpetual profession in France, surrounded by the Sisters of the Motherhouse. After seven beautiful years in Affiniam, she was sent to France for formation, in view of serving in the Novitiate. In 2000, she was named Director of Novices and opened the Novitiate in Yoff, and later in Rufisque. Since 2010, she has served as Provincial Superior of the Sisters of Senegal/Burkina Faso. The General Chapter of 2017 interrupted her second mandate and called her away from her beloved Senegal. Sister Ginette loves to sing even if she has never belonged to a choral group. Her favorite pastimes are: reading, listening to music, and crocheting. The Word of God that stimulates her is: “without me you can do nothing” (Jn 15: 5). 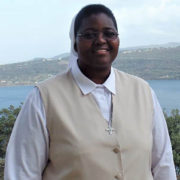 Soeur Hortência Fernando Tivane Ubisse was born in Magude-Maputo-Mozambique on June 27, 1971. She met the Sisters of the Presentation of Mary in her parish, and she loved the name “Presentation of Mary.” She began her vocational journey and entered the Congregation in 1988. On February 2, 1994, she made her first profession, and on November 18, 2001, her perpetual profession. She speaks her maternal tongue “changana,” Portuguese, and French. She has received formation as a teacher of Mathematics and Biology and has obtained a diploma in Religious Studies. She has worked as a teacher for eleven years both in public schools and in the schools of the Congregation. She has served her Province in parish ministry, education, animation for groups of Associates and Consecrated Laypersons; she has also served as Councillor and Assistant to her Provincial Superior.
Sister Hortência loves to read books of spirituality and psychology, and she loves to cook. The Word of God that animates her in her walk with Christ is: ”For the mountains may depart, the hills be shaken, but my love for you will never leave you” (Is 54:10). 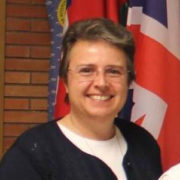 Sister Kelly Connors was born in Providence, Rhode Island, USA in 1969. She made profession on July 16, 1995. Since then, she has had many experiences. After completing her studies in Theology, Sr. Kelly worked giving day or weekend retreats and teaching secondary and university students. She also spent time on staff at Rivier University and at Our Lady of Hope, House of Prayer. Sr. Kelly then completed her studies in Canon Law at St. Paul University, Ottawa, Ontario, Canada. With the specialization in Religious Law, Canon Law has taken her far and wide – working for dioceses, teaching at universities, giving retreats on religious life and the vows, providing workshops and conferences for religious and their collaborators, and consultations with individual religious and leadership teams. She speaks English and her French is gradually improving. She is also happy to be learning Italian little by little.

Sr. Kelly enjoys films, mountains and hiking, as well as relaxing at home. A Word of God that has been fundamental to her faith journey is: “God fills the hungry with good things” (Lk 1: 53).