History of the foundation of the Province of Quebec 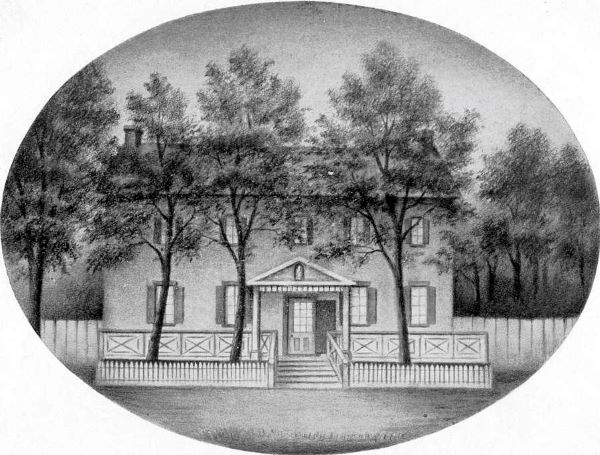 “One day, my daughters will cross the seas!” prophesied Marie Rivier. Her dream would come true 15 years after her death, at the request of Bishop Prince, Bishop of the Diocese of Saint-Hyacinthe. Indeed, on September 21, 1853, Sister Saint-Maurice and 5 companions left Bourg-Saint-Andéol to travel to their new mission: Sainte-Marie-de-Monnoir (Marieville) in Quebec. After a long and tumultuous journey, they arrived at their destination on October 19. Their house had 2 classrooms and a few other rooms for the community. But nothing was finished; the doors and windows were open to the wind and the cold and the furniture was extremely poor. Nevertheless, the fervor and generosity of the sisters shone through and quickly attracted young people and their parents and, in January 1854, the two classes were filled. Also, on November 21, 1853, the sisters welcomed their first two postulants from Quebec. 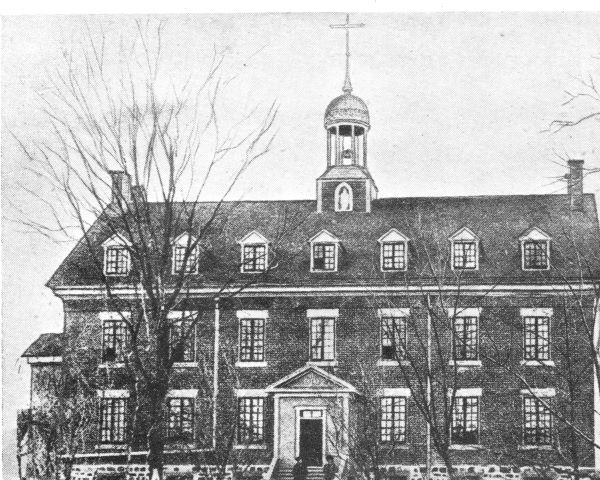 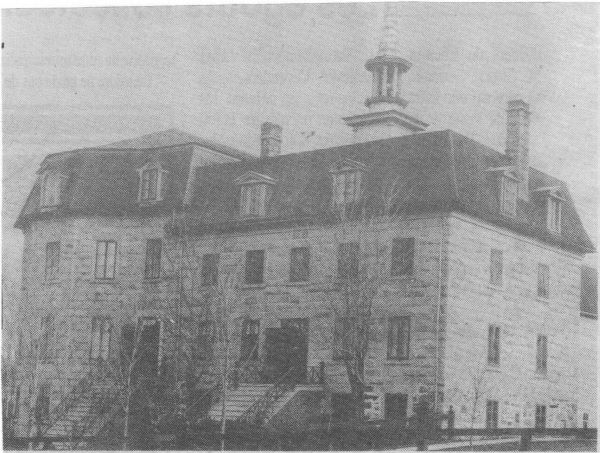 Soon the house became too small and the community spread to Saint-Hugues and then to Saint-Hyacinthe in 1858, where the novitiate was definitively established. In 1861, 8 years after their arrival, the Canadian family of the Presentation of Mary had 32 professed sisters, 10 novices, 6 postulants, and 12 novices and postulants (Holy Family). As for the foundations, 5 boarding schools were buzzing with life and activity. Jesus Christ was being proclaimed according to the charism of Marie Rivier.

The tree of the Presentation of Mary planted in Canada continues to grow; numerous vocations allow us to answer the many requests of parish priests who wish to have religious sisters in order to provide young girls with Christian formation and teaching. Several boarding schools were opened in the southern part of the Province of Quebec: Henryville (1862), Saint-Alexandre (1866), Coaticook (1870), and then in the United States, including Island Pond, Vermont (1886). In 1876, the Sisters moved into a brand new convent which became the Mother House; it was destroyed by fire in 1992.

In 1903, following the expulsion of religious communities from France, Quebec received several of our French sisters, which allowed the realization of 8 foundations in 1903 and 4 in 1904, in Western Canada (Duck Lake) as well as in the United States. In 1910, the Presentation of Mary in America had 515 sisters and 45 houses.

In 1938, two groups were formed: Canada with 1154 sisters and the United States with 652 sisters. This was the beginning of the division into Provinces; in 1948, it was made official: there were now 4 provinces in Canada: Saint-Hyacinthe, Montreal, Sherbrooke and Prince Albert (Saskatchewan), and 2 provinces in the United States: Manchester and Methuen.

During this time, the expansion of the foundations continued. In 1946, the first house was opened in Saint-Joachim-de-Tourelle, in the Gaspé region of Quebec. A dozen others followed in the Gaspé Peninsula.

In the following years, the Province of Saint-Hyacinthe opened a school in Abeno, Japan (1948), Sherbrooke founded a mission in Comas, Peru (1963) and Montreal responded to a request coming from Atta in Cameroon (1989).

In 1966, at the height of the expansion in America, there were 1126 sisters in Quebec, in 83 communities. But, after several decades of continuous growth, the second half of the 20th century was marked by a significant decrease in the number of vocations in countries in the western world, of which Quebec was a part. To this situation, we must also add the secularization of many sisters.

This rapid decrease in numbers as well as the ageing of the sisters led the superiors to consider the regrouping of the Provinces of Quebec. This unification became a reality on November 21, 2005. Thus, the Province of the Presentation of Mary Sisters of Quebec was created, with 325 sisters, 309 in Quebec, 16 in the Missions, in 30 local communities. 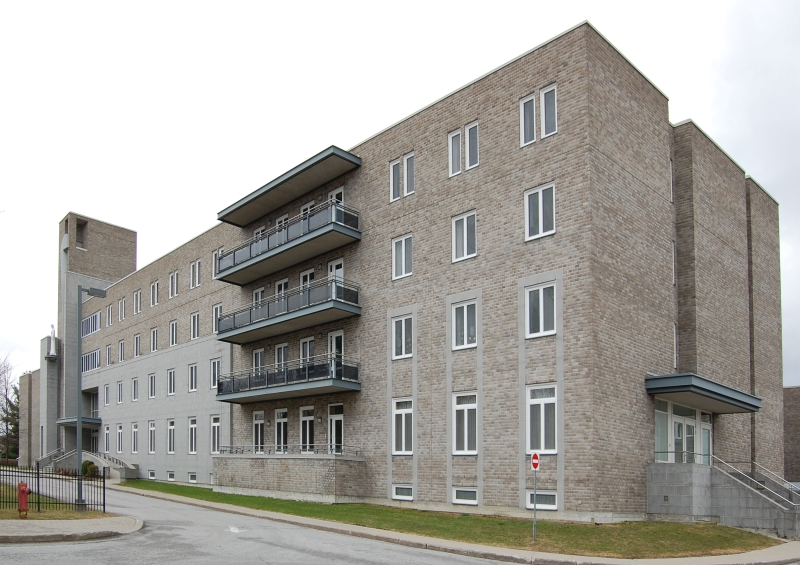 As of January 1, 2021, the Province has 136 sisters who, according to their strengths, and in spite of the limits imposed by the illness, COVID in particular, continue to be involved in their task as educators, in the broadest sense of the word.

“To make Jesus Christ known and loved or die”. This is a cry from the heart of Marie Rivier who was never satisfied with half measures. She understood the exigencies of holiness and knew how to transmit them to her sisters.

This heritage of our origins marks our mission as educators. When we arrived at St. Mary de Monnoir, a school was waiting for us and, over the years, we continued to make Jesus Christ known and loved to the young people we taught. But with the ageing of the sisters and the scarcity of vocations, our commitment to young people was transformed.

In 2004, at the time of the International Congress for the schools of the Presentation of Mary held in Spain, we set up an Education Committee. Following an invitation from the General Council, this committee worked to develop a common definition of the educational mission of the schools of the Presentation of Mary throughout the world. It also ensured the transmission of Marie Rivier’s heritage to our schools in Quebec: College Rivier (Coaticook), College Reine-Marie (Montreal) and College Saint-Maurice (Saint-Hyacinthe). Thus, in 2005, 2010, 2013 and 2016, educators from these colleges met to revisit the values of Marie Rivier and to find ways to invite today’s youth to live them. In 2010 our gathering took on a special character when we received, from the hands of Mother Angèle Dion, Superior General, the Mission Statement for Education common to all the Sisters of the Presentation of Mary. 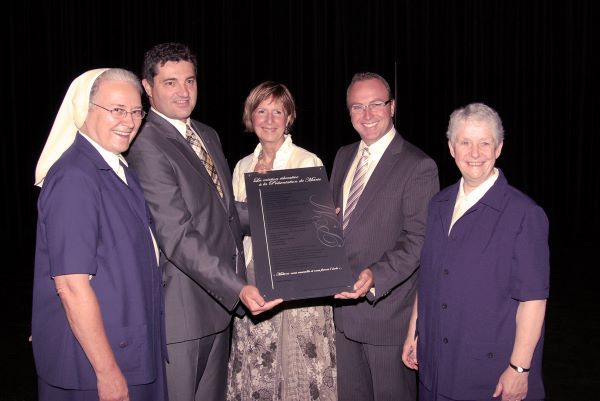 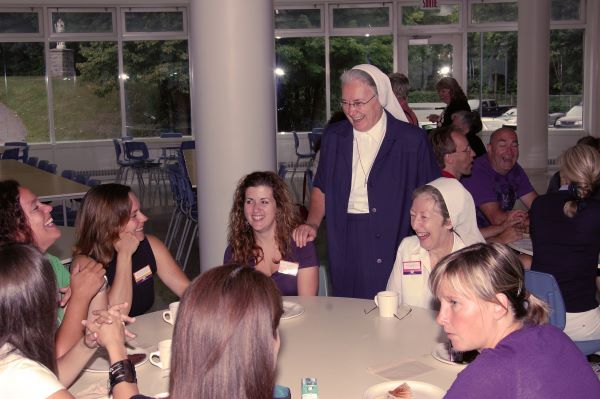 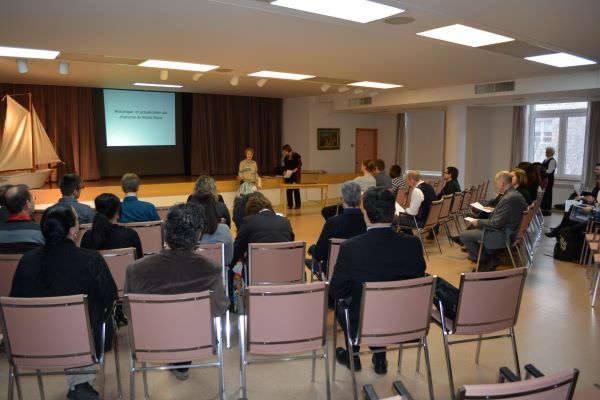 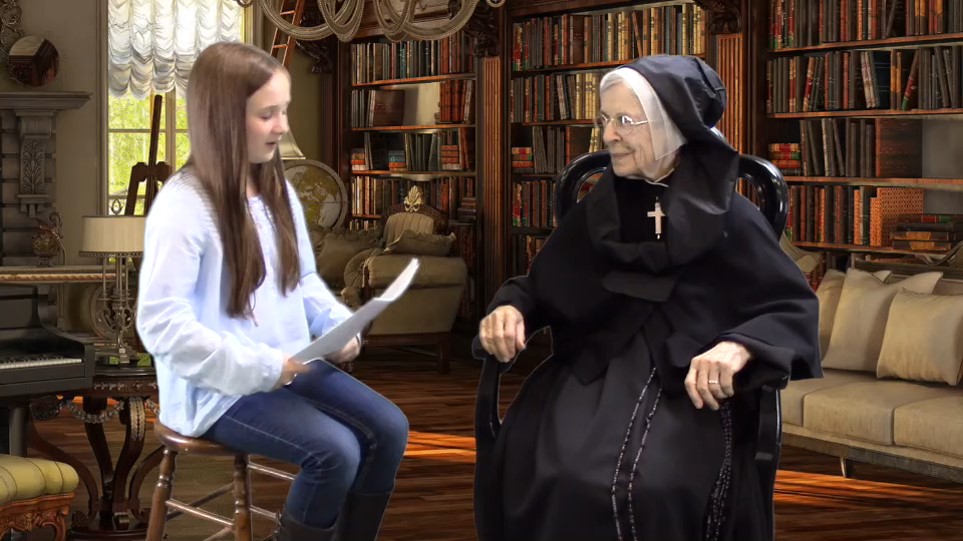 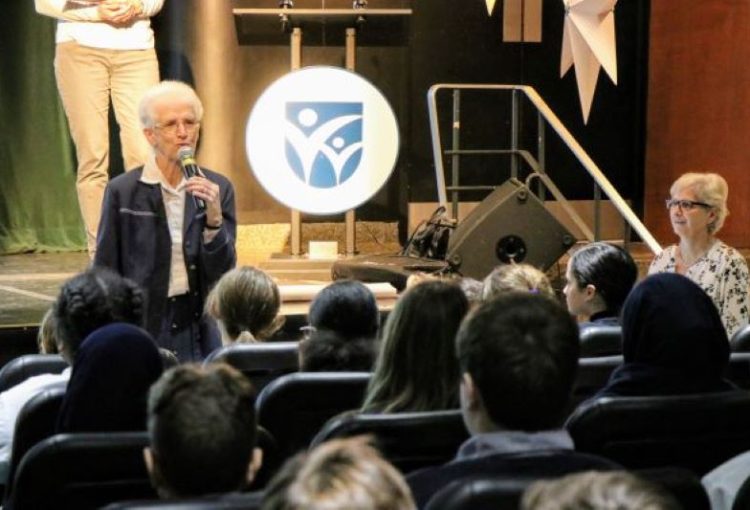 While the Education Committee has worked primarily with the personnel of our schools, the Marie Rivier Committee, established in 2015, meets annually with students from the three Quebec PM schools in order to introduce them to Marie Rivier. And since 2019, older students review the values inspired by Marie Rivier as part of their school curriculum. 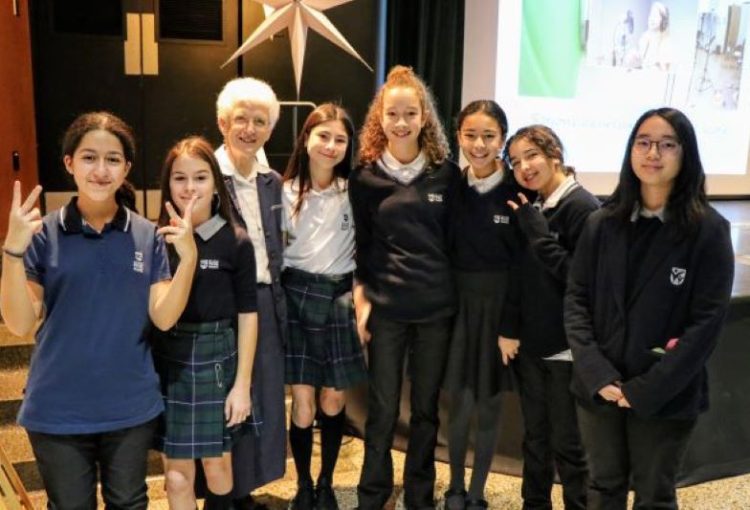 The “friendship visits” organized between the sisters of the Mother House and the students of Collège Saint-Maurice bring a breath of fresh air to the young people as well as to their “godmothers”. In 2019, 125 students visited with 26 sisters; youth and wisdom walk hand in hand! 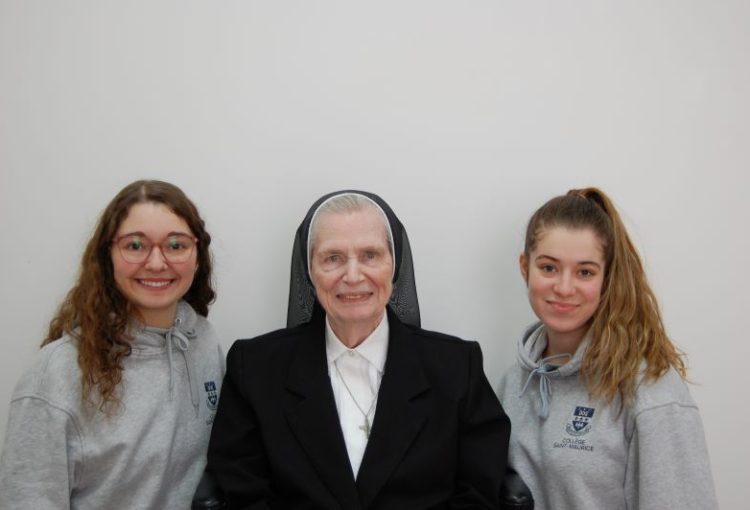 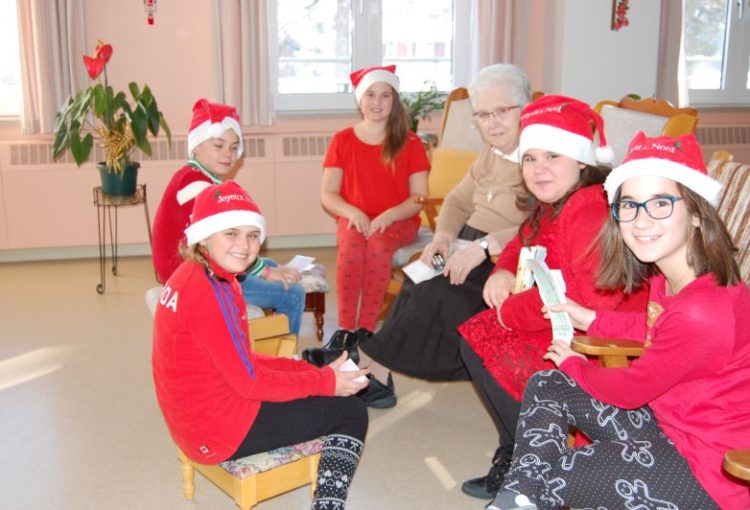 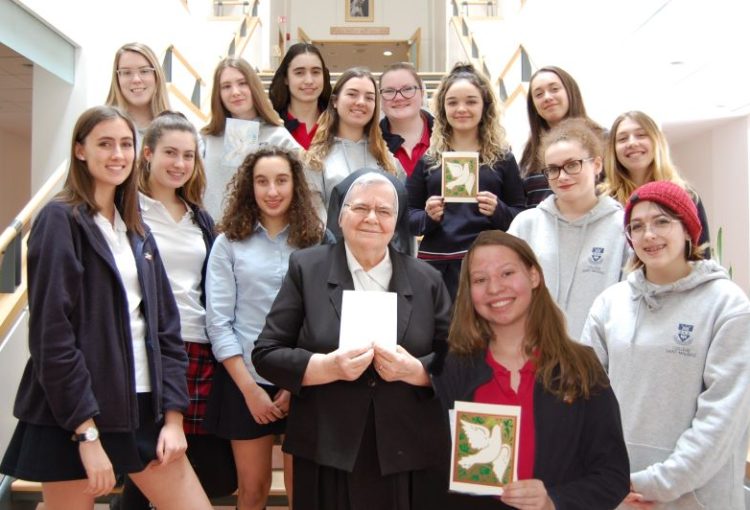 Our sisters are also involved in parish ministry where they lead groups of adults in the rediscovery of their faith. Some prepare young people for their first celebration of the sacraments of Reconciliation, Eucharist and Confirmation. Others accompany adults in the experience of the Spiritual Exercises of St. Ignatius or in other psychological or spiritual journeys. Also, we must mention the work of the sisters and the laity who animate our groups of Associates and Consecrated Laity. 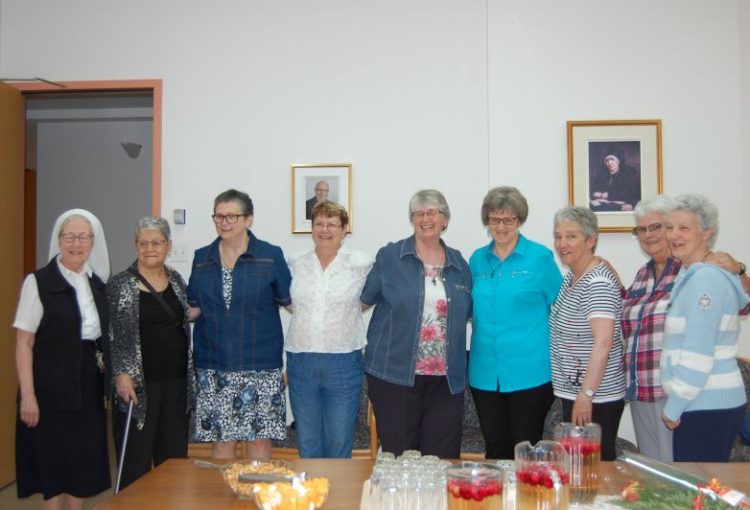 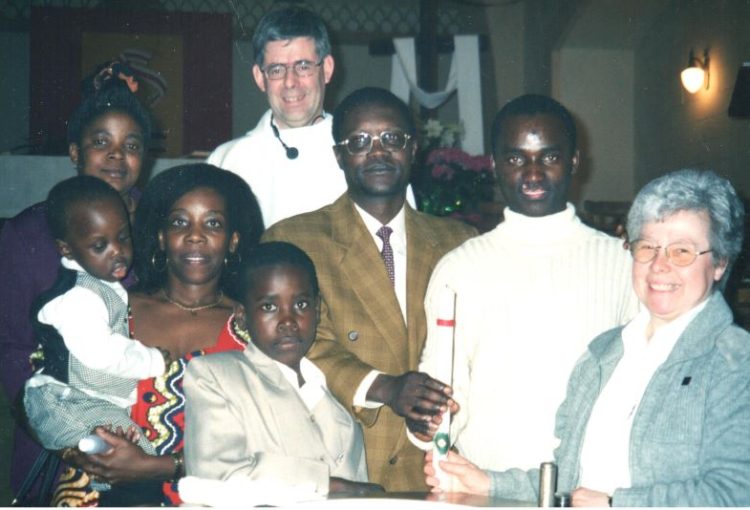 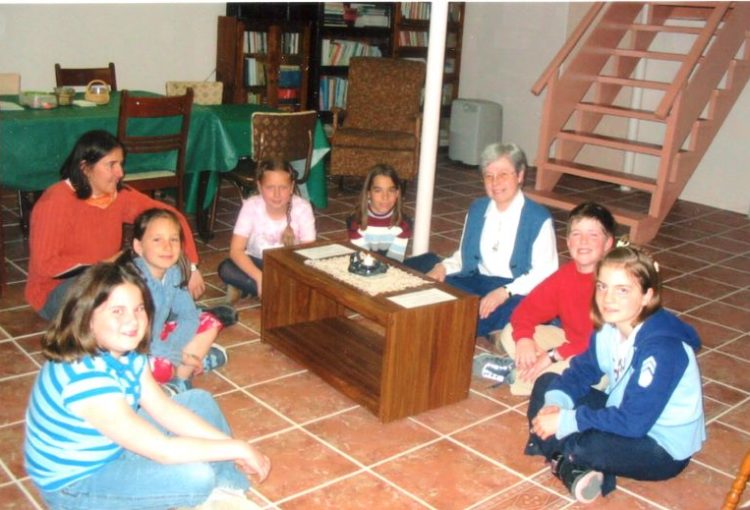 Since 2004, the House of the Word, located at the Motherhouse, has offered conferences or workshops open to all those interested in the Word of God, regardless of their beliefs or general education. To date, there have been more than 250 evening meetings and some ten retreats. All the animators have biblical training.

Marie Rivier particularly loved the poor and the little ones; her daughters today are found working among these people, often ignored by society. The cities of Granby and Saint-Hyacinthe have opened places where people who are lonely, those who are bereaved, the homeless, can meet for a coffee, a game of cards, where they can find a presence or a “listening” ear (Halte Saint-Joseph). Some of our sisters are involved in this accompaniment. Others visit the elderly living in residences for seniors or immigrants at the House of the Family; some are involved in French language groups or in Urgence-Vie, an organization that offers clothing to children from single-parent families or families that have recently immigrated. 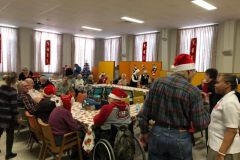 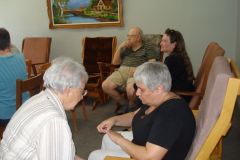 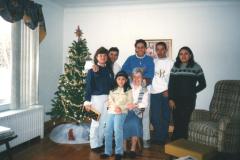 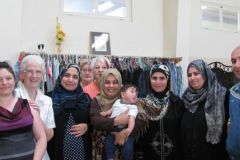 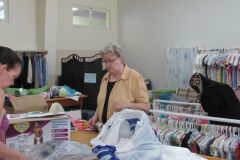 The commitments of women religious are multiple and correspond to the current needs of society; however, whatever the type of our commitments, the primary objective always remains the same: “To show and teach Jesus Christ with our whole life. ”
This website uses cookies to give you the most relevant experience by remembering your preferences and repeat visits. By clicking “Accept”, you consent to the use of all the cookies.
AcceptRejectCustomize
Manage consent / View the Cookie Policy
Warning: some page functionalities could not work due to your privacy choices