REGION OF THE GAMBIA

Our Blessed Foundress had predicted:

“My daughters will sail the oceans!”

Blessed Marie Rivier’s prophecy became a reality when Sr. Ignace of Loyola, of Senegal, accompanied Sr. Cecilia Lanovaz, who is still serving in the Gambia, and Sr. Margret Camire. They landed on the West Coast of Africa sighting Bathurst, now Banjul on October 28th, 1968. When they arrived, they opened a convent in Serrekunda, London Corner. 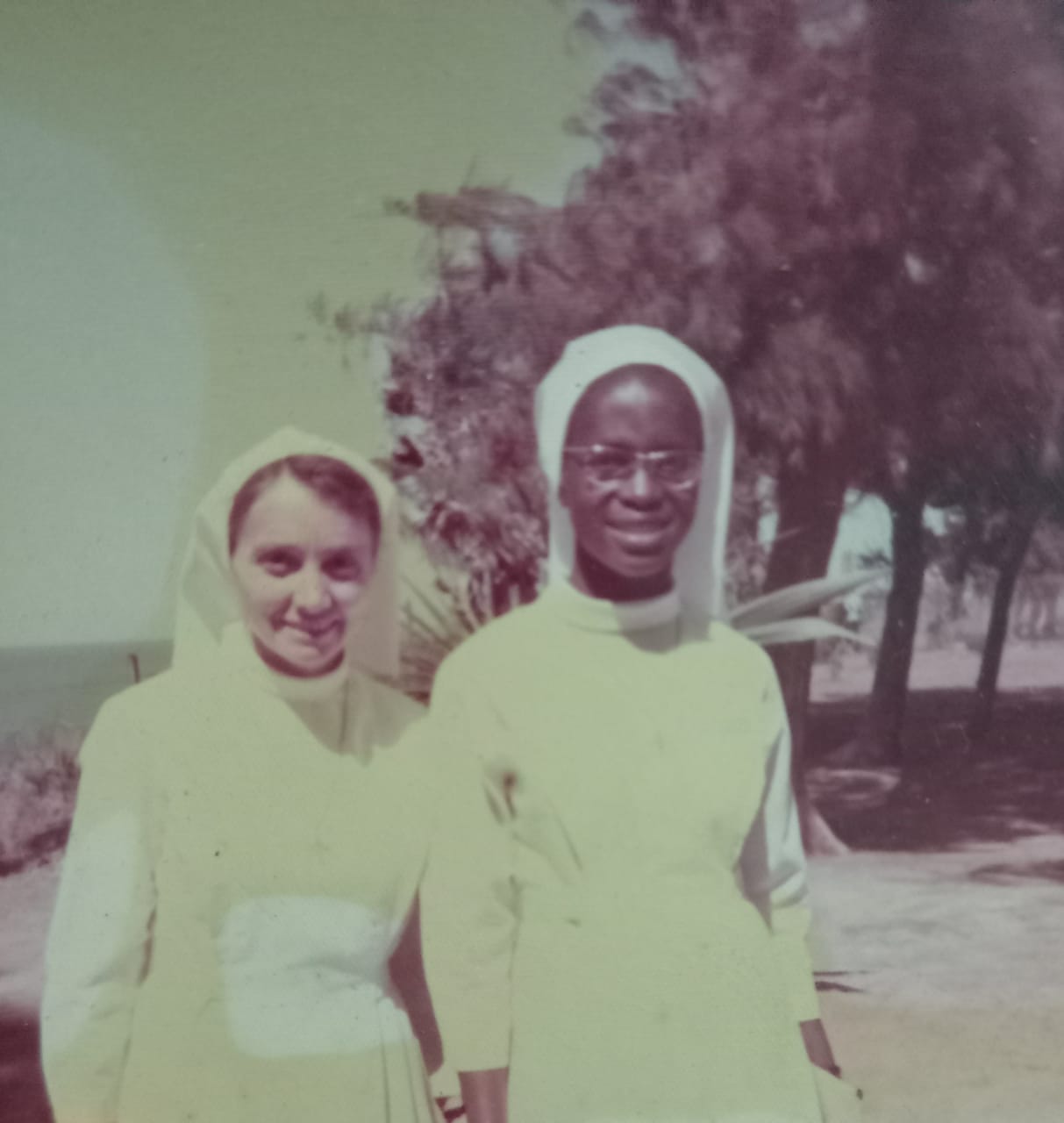 In 1969, two new mission houses were opened in Bwaim and Picton Street in Banjul. In 1969, a young Gambian lady, Sister Madeleine Mendy came to join the sisters in the Serrekunda convent. With the presence of an aspirant (Madeleine) in their midst, there was a need to have a formation house. On February 7th, 1971, the Presentation of Mary novitiate was founded in the Gambia with Sister Cecilia Lanovaz as the director of the formation.

Another new convent was opened in Brikama with three sisters living together to share the love of Christ. The house was opened and blessed on 6th September 1976 and given the name ‘Christ the king convent.’

Furthermore, another convent was built in Bathurst that used to be called: ‘a Marian house.’ The Sisters later moved from the old Picton house in 1989, 23rd September to Tobacco Road.

On 14th January Shalom Retreat Centre was established. It has been used extensively to deepen the faith of adults and young people from all works of life. The name ‘Shalom’ means peace. In September 2009, a new foundation was established in Kunkujang Mariama.

We have five communities in The Gambia, to begin with: Serrekunda, Novitiate, Brikama, Kunkujang Mariama, Region house (the administrative house). We have a total number of 22 sisters, of which 19 are Gambians, 2 Ghanaians, and a Canadian.

As a region, we are engaged in formal and non-formal education, and particularly in vocational training for girls. We also organize retreats for Church bodies and for young people to enable them to reflect on their relationship with God and become better Christians and citizens. We endeavor to empower all we encounter in our ministry as educators and pastoral workers, especially youths. As a Region, we always try to make Jesus Christ known and loved in all that we are engaged.

Our community in Serrekunda was founded on October 28th, 1968. The house was formerly owned by Mr. Duffy, an Englishman. After his death, the property was handed over to the Catholic Mission. Later, it became the first house of the Presentation of Mary in the Gambia.

Today, the sisters of the mission engage in pastoral work: the teaching of catechism in the Parish, youth and adult ministry.

There is also a nursery school on the premises. On November 22nd, 1968, our sisters had already grouped 20 boys and girls under a mango tree to teach Jesus Chris to them. The school structure was built and blessed in 1979, June 29th. The nursery school has twelve (12) classes from pre-nursery to nursery three. There are children, aged from two and a half to seven years of age. They are taught English, French, Mathematics, writing, reading, phonics, religious education and morals.

The sisters are involved in other apostolic work:

Distribution of Communion in Church

Presentation Girls Vocational School was established on September 28th, 1972. The purpose of this school is to uplift the underprivileged women by providing them with the basic education in skills to become self-employed and develop a career that will improve their quality of life. It is a school that offers an empowerment program for women. They are exposed to different activities of skills and career learning that influence change in life. The program offered to them helps improve women’s wellbeing, self-esteem, and self-efficacy.

It offers the following programs: Secretarial courses, Home Management courses, and Hair Dressing courses.  This year the school celebrates 50 years of existence and opens a new structure comprising of 4 classrooms.

The community house was opened in 1976. The community consist of four sisters who are deeply engaged in the apostolate.

Here, the sisters run the Presentation of Mary Nursery, which has 12 classes, 520 children and 23 staff, and growing…

The Anne Marie Rivier Basic Cycle School was opened on 15th September 2007.. In the early 1990s the sisters opened a hostel to provide room and board for girls from rural areas who come to Brikama for their schooling..

In addition, the sisters teach religious education in schools and in the villages surrounding Brikama. They coordinate a group of Marie Rivier associates and run a small retreat centre, called John Paul II centre.

On Sundays, they animate celebrations of the Word and Communion, with catechists visiting the out-stations.

The NOVITIATE is situated in Fajara, by the Atlantic Ocean. It was built and opened in 1976.

Those who have served as formators are Sr. Anne Cecile Ndeye, from Senegal; Sr. Madeleine Mendy, a Gambian; Sr. Margret Camire, an American; and Sr. Marie Solange Badji, also from Gambia.

There is also a retreat centre on the premises, named SHALOM Retreat Centre. It was founded in 1972 by Sister Cecilia Lanovaz and Sister Margret Camire. The centre is under the supervision of the Novitiate community.

The setting is conducive to an encounter with the living God. We are committed to design and host programmes that foster human and spiritual development. We offer space and tranquility to all who wish to be replenished in the Lord. We provide hospitality to people of all faiths who come for personal or group retreats and workshops. Every year, over a thousand people answer the call to rest awhile in the peace and tranquility of Shalom.

The REGION house community is the administrative community. It is on the same premises as the Novitiate community and Shalom retreat centre.

Aside from administrative works, some sisters of this community are engaged in the teaching of catechism, Vocation Promotion, Youth Ministry, taking communion to the sick and aged, Missionary Childhood, teaching in schools, Marie Rivier Associates, animation of weekly mass and distribution of communion.

The work of Presentation of Mary Sisters in Kunkujang Mariama began in September 2009. The community welcomes, pre-postulants and postulants.

The sisters in Kunkujang Mariama have been and are still an essential part of the Christian community in terms of its religious and social functions. With regard to evangelization in the parish, they are involved in the following:

Preparing children and adults for the sacraments

Formation and strengthening of Church Groups

Furthermore, the community runs a hostel for girls at the secondary level. The sisters help in their spiritual and moral development.

The Region’s orchard in Kunkujang Village is also under the supervision of the community.

Agogo is a town in Ashanti Region, Ghana. It is in the Ashanti Akim North Municipal of the Region of Ghana Kumasi.

The Agogo community is the latest community of the Presentation of Mary Sisters, The Gambia Region. It was established on July 13th 2015.

At present, the community is comprised of four sisters. They continue to share with the people the spirit of Blessed Mother Rivier and the love of God through teaching schools and pastoral ministry in the Parish.  Their presence is highly appreciated by the people.

Indeed, as a Region, we have moved out from the comfort zones within our  hearts by renewing our commitment to love with compassion, to serve with passion, as we live out our Presentation of Mary mission; the transformation of souls.

The photos of the Region of The Gambia 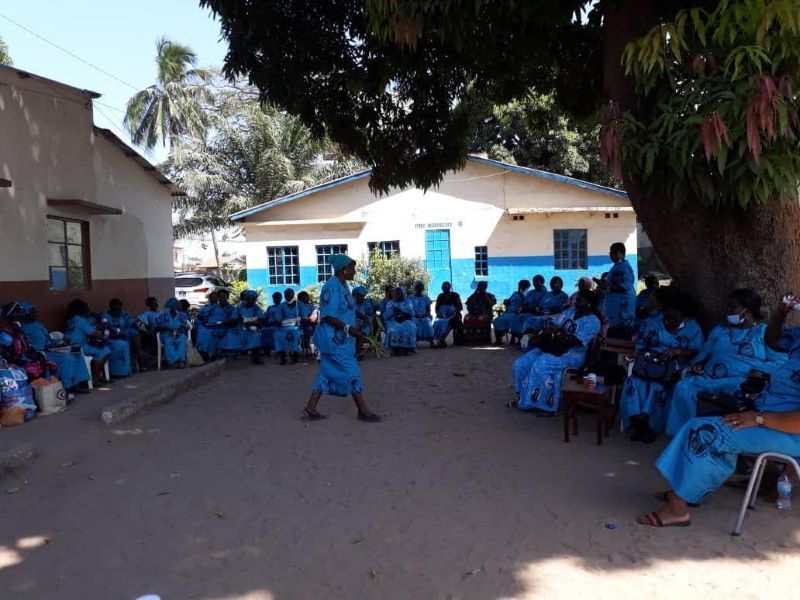 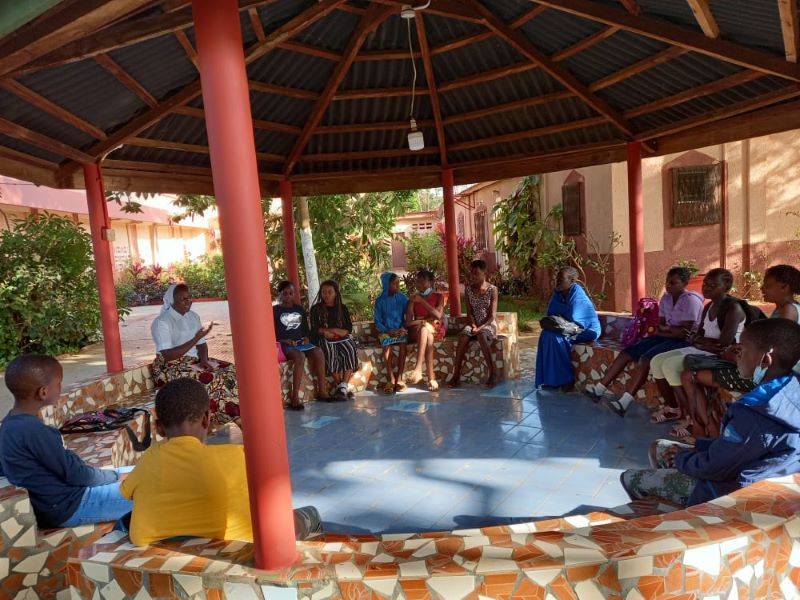 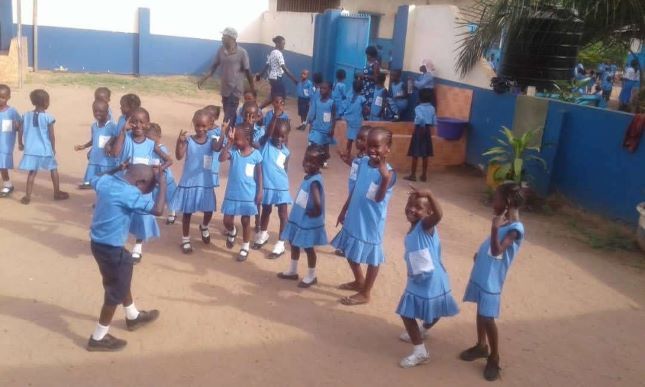 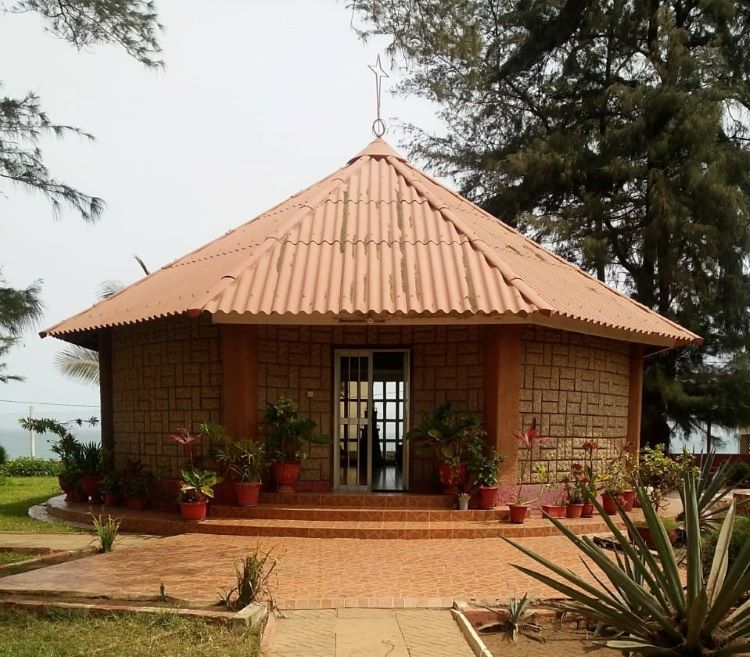 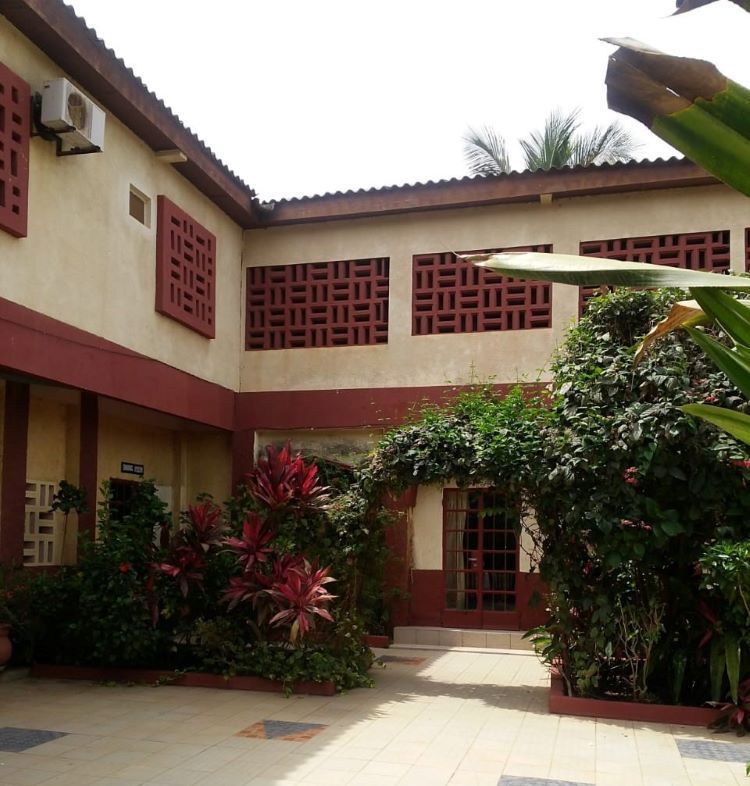 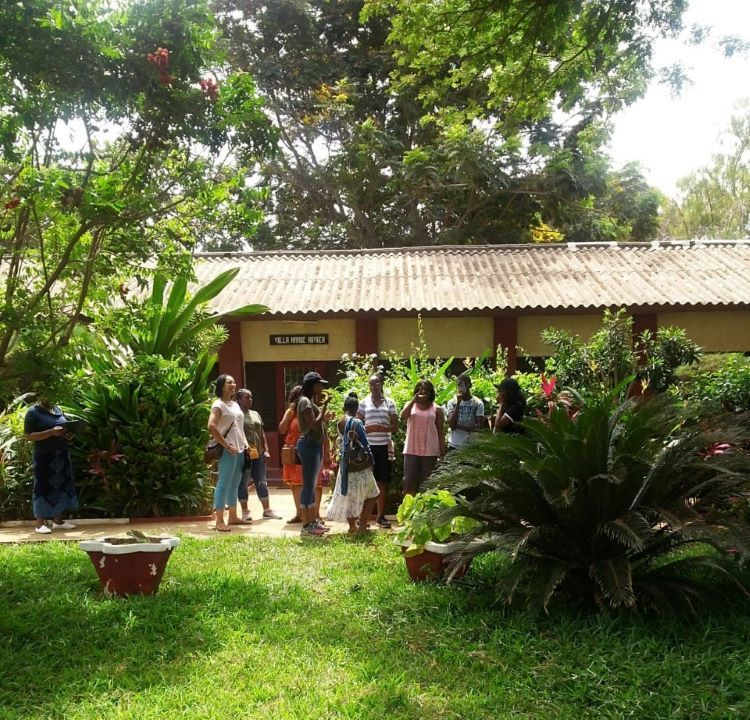 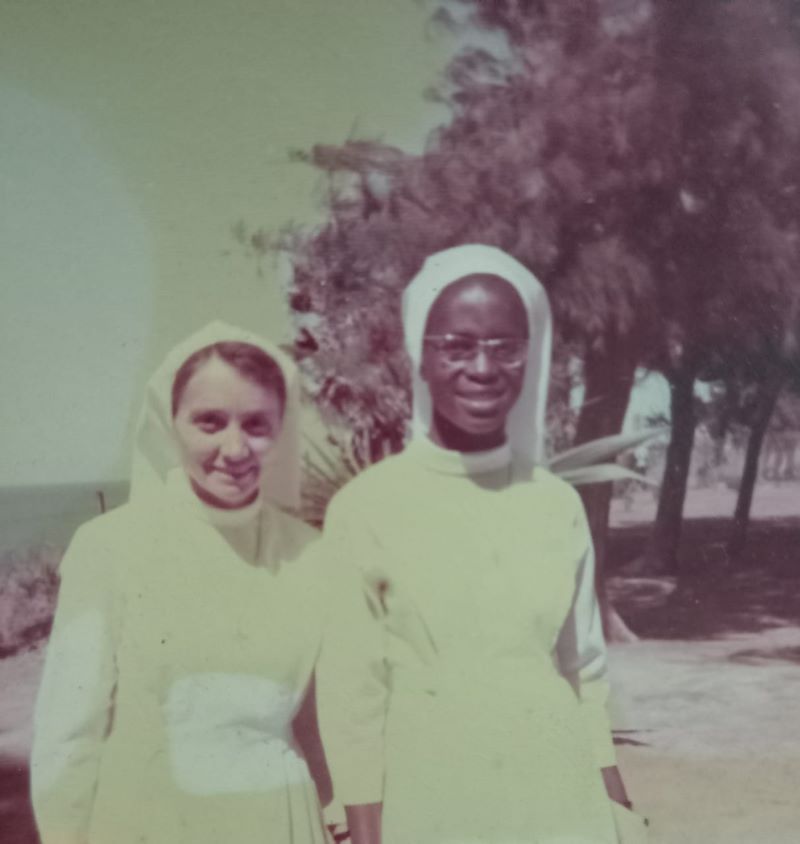 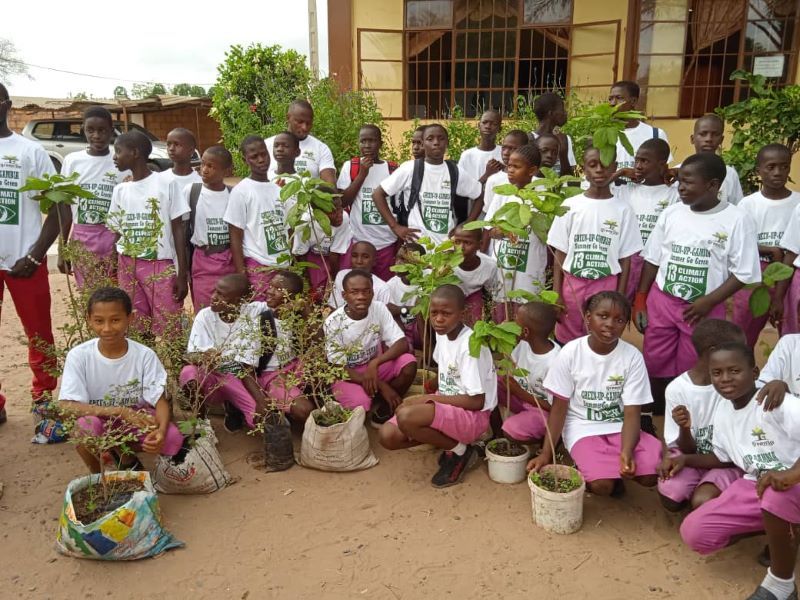 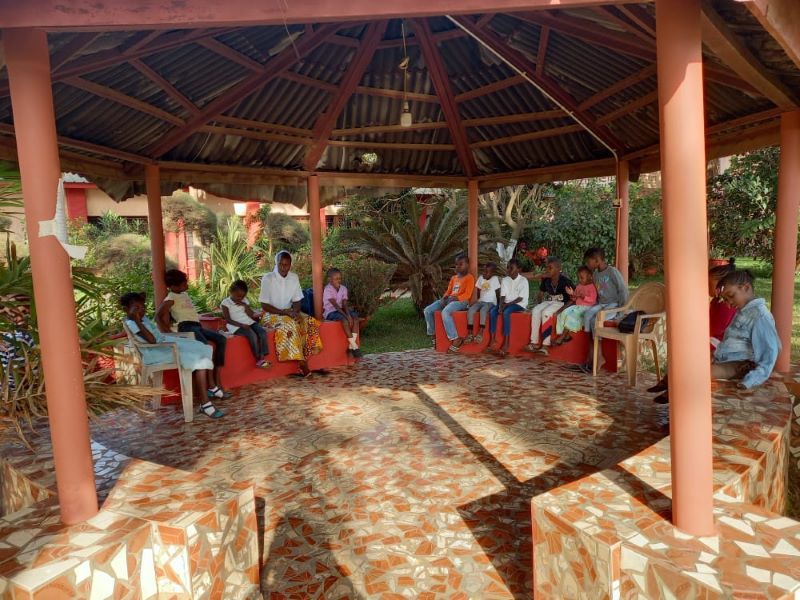 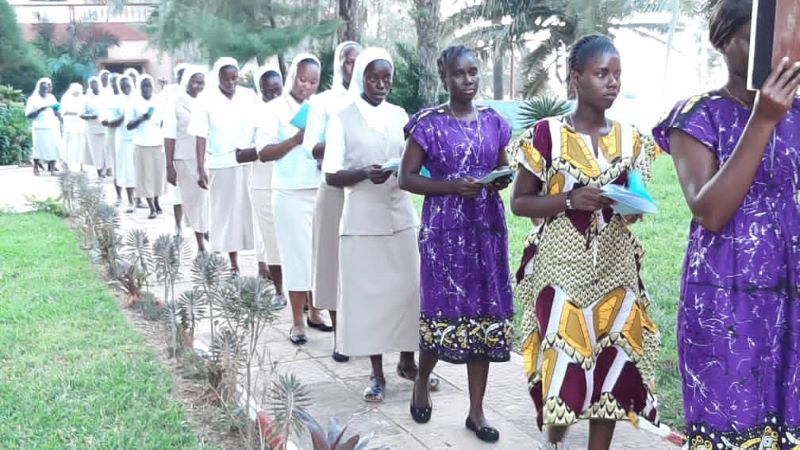 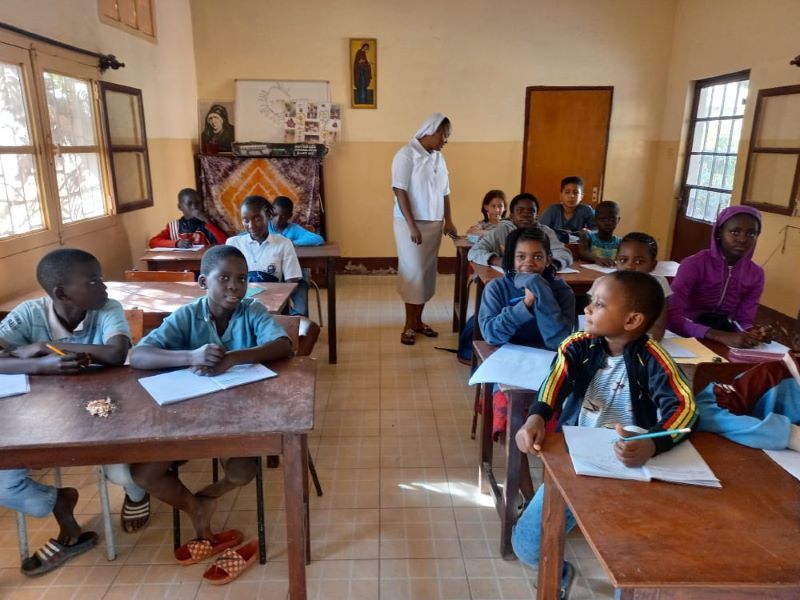